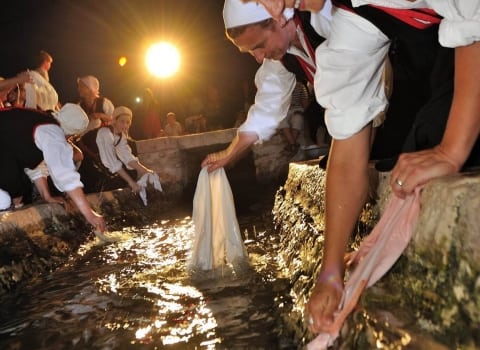 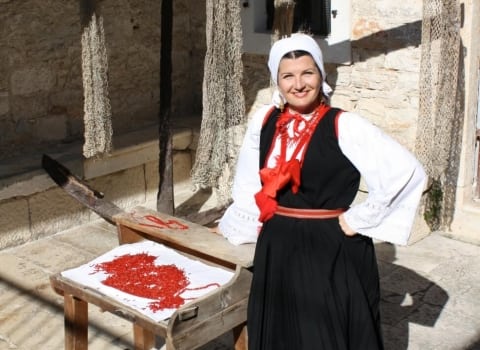 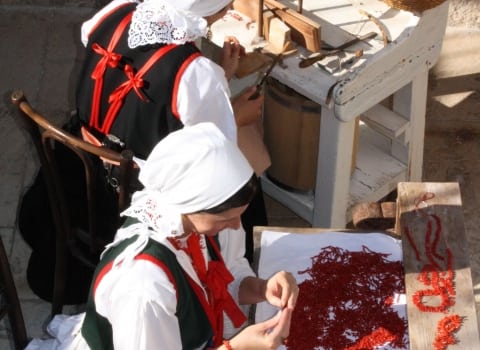 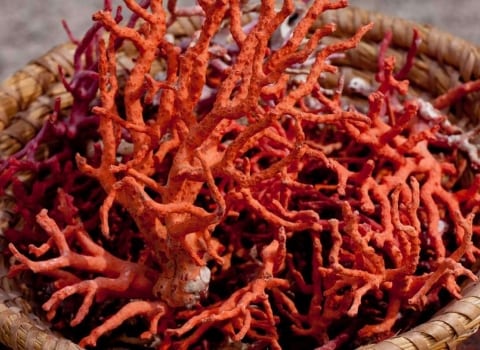 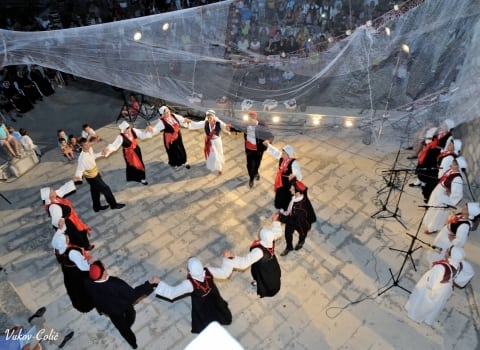 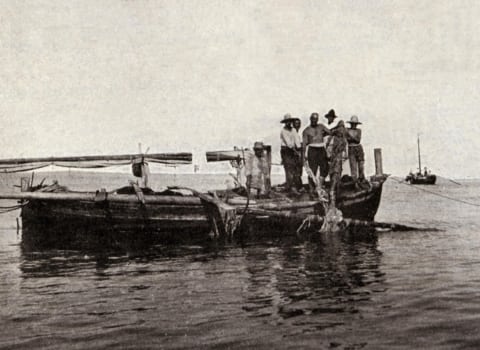 Coral diving is the most recognizable cultural heritage and a centuries-old distinctiveness of the island of Zlarin.
Since the 14th century, our ancestors dove for and harvested corals. And now, just as they did then, corals amaze generations after generations with their color, and have become synonymous with Zlarin, as well as with health, wealth and love.

By the looks of it – a plant, by its calcareous skeletal system – a mineral, actually an animal. In many nations’ folklore corals are divine creatures and their divine origin is reflected in their beauty. According to an ancient legend, red coral was made when Perseus beheaded Medusa and threw the head into the sea. Sea algae, covered in blood from Medusa’s head, turned to stone and became a beautiful coral. 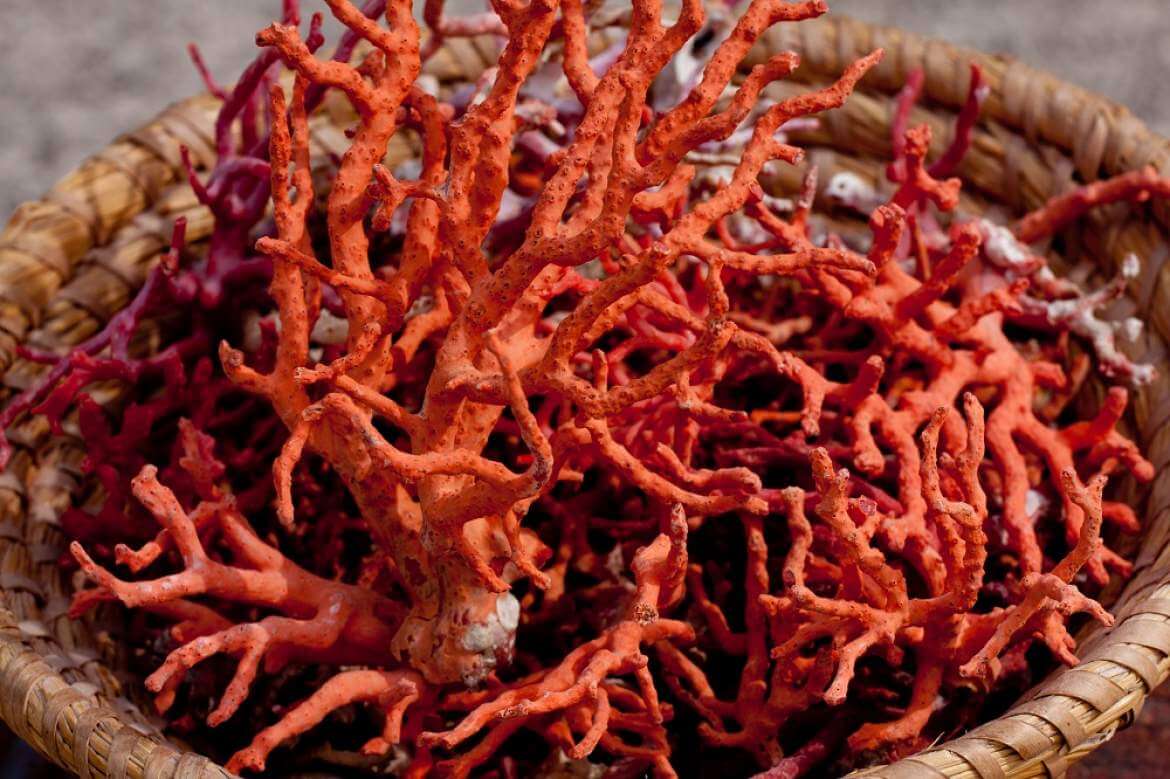 Red coral, and Adriatic treasure protected by law, is considered the most beautiful coral. It symbolizes love, loyalty, fidelity and obedience. Coral branch is seen as protection against evil and is often depicted above Madonna and Child.

Our islanders believe in the magical power of corals that can provide protection against many ailments, and particularly, protection of pregnant women and unborn children.

Beautiful red branches are a leitmotif of all aspects of this island’s life, history and tradition.

Coral diving know-how was carried over from father to son and there are no written records of it, nor are there records of how to dive for red corals that are 200 meters deep in the sea, whose abundant production is facilitated by hard surface and shades cast by underwater rocks.

However, we do know that their most important tool was “inženj,” i.e. “St. Andrija’s cross”, consisting of two tree trunks tied together and forming a cross. The trunks were tied with a heavy rock in the middle which dragged them to the bottom of the sea. Four ends of trunks had nets tied to them that corals probably got entangled in, and by lifting the inženj the corals got pulled out. That was an extremely hard work since the cross itself was heavy, and the process of dropping and lifting the cross all the way from the bottom of the sea got repeated many times.

Still, Zlarin people had, since before the 15th ct., been the most famous coral divers and, throughout history, comprised the majority of the “hunting crew” until, eventually, they got the exclusive right to dive for corals from the Kvarner Gulf to the Bay of Kotor.

The folklore goes that on the day of the coral dive the whole village assumed a festive mood. Fishermen were getting ready for a precarious and dangerous quest. Looking for protection from God, they all went to confession and received communion on that day. After the procession, which included waving of flags, and in which the whole village took part, the priest would bless vessels gathered in the port. Fishermen in their boats would, in deep silence, kneel bareheaded and humbly receive the blessing. Following this solemn act, no one was allowed on the shore so as not to compromise the blessing and good fortune of the harvest. Women would provide cheese, onion and vinegar as presents, and in return fishermen would give them cakes (pastries). Then the fishermen would say goodbye to their friends and acquaintances, kiss their kids and relatives, and the crowd would disperse. Fishermen’s wives would stay a bit longer with their husbands in the boats to treat themselves; however, the boats had to pull away from the shore and anchor in the port before the dark. On that occasion, the shipowner’s wife would untie the boat’s rope by soaking it in her own pee – a sign of good hunt. Only around midnight would they embark on their journey, so as the “evil eyes” would not see them. 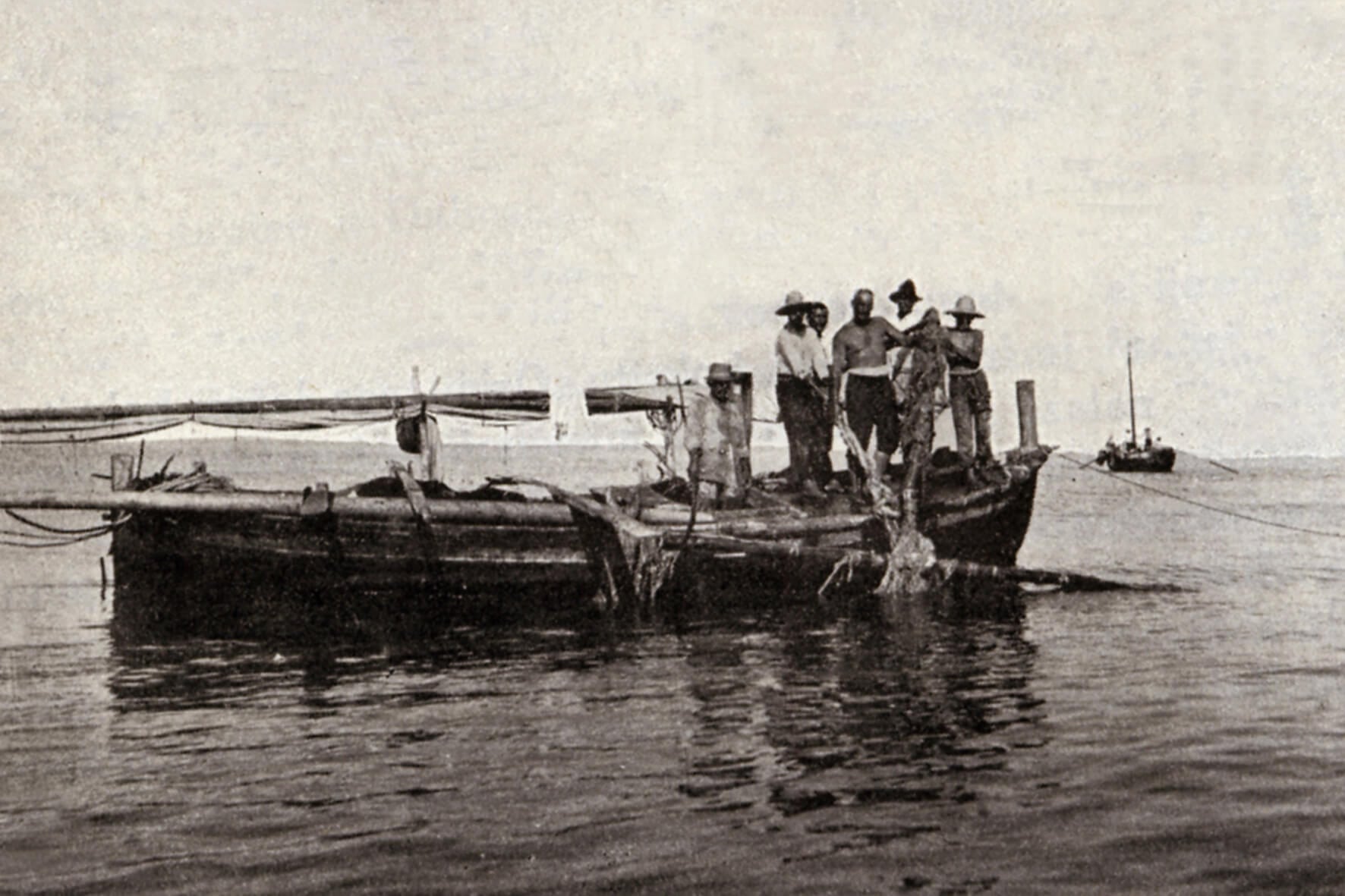 The harvesting tradition started dying out with the discovery of new coral reefs in Sicily at the end of the 19th ct., which resulted in the drop of value and demand for corals. The first attempt to restore the tradition took place in 1931 with the creation of “Coral Sponge Cooperative”. In the interwar years, the demand for coral dropped and just before the Second World War the Cooperative was closed.

After the war, Zlarinian Viktor Lukin opened the first private grindery and coral jewelry shop, thus preserving the legacy. There are two shops on the island today, and in one of them there is a grindery where you can still see the traditional manual processing of corals.

Coral jewelry can be found on Zlarin’s traditional costumes, in the church and in Zlarinka shop. It is a real shame to leave the island and not take this little red symbol with you.

Today, the keepers of coral tradition and rich national heritage are members of the folk ensemble “Koralj“ that takes good care of the heritage and carries it over to the next generations. Female folk costumes, inspired by corals, have remained preserved and Zlarin women often wear them on special occasions and for cultural events on the island. In the summer, members of “Koralj“ organize Farewell to Coral Hunters (Ispraćaj koraljara) that vividly depicts the coral hunters departing for a months-long hunt in old gajetas, customs, songs and dancing. 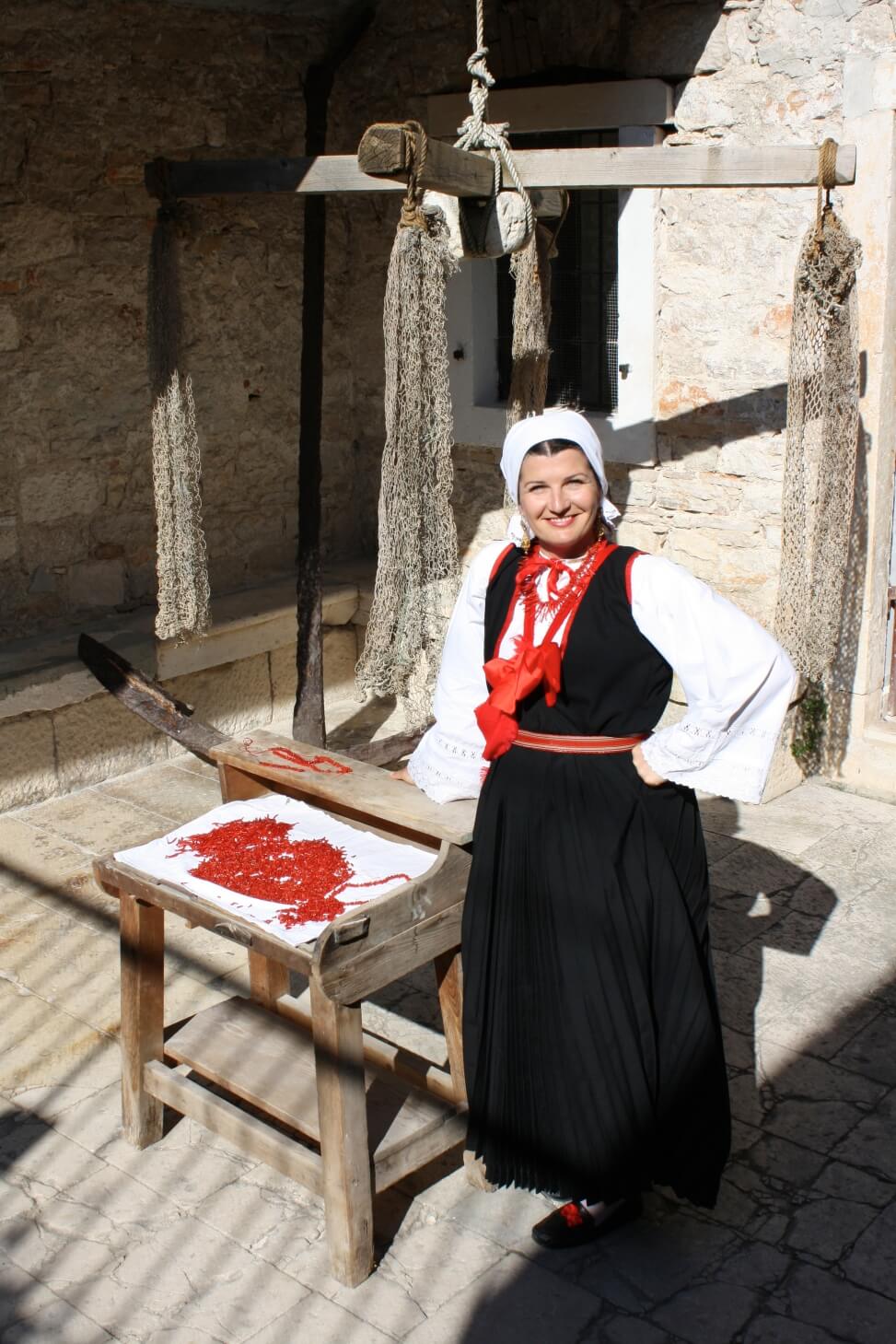 Coral was and has remained a unique part of the island’s history, as recorded in many stories, Janko Matko’s novel “Dragulji i strasti“, Vesna Parun’s poems “Koralj vraćen moru,“ even a German movie “Coral Princess,” shot on the island in 1937.

To this day, coral, or “kureja” in Zlarinian, is a link that will continue binding the life on Zlarin when the Croatian Coral Centre opens its door to the world.