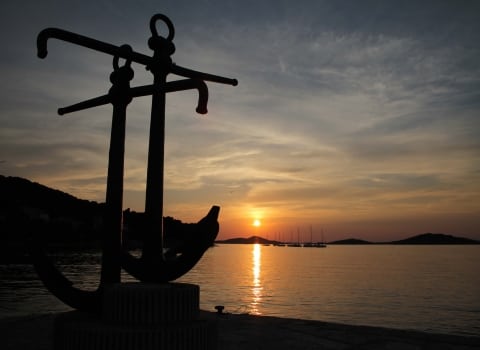 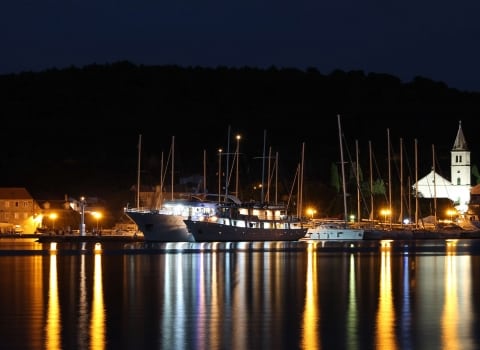 Zlarin is a small undiscovered jewel of our coast that is distinguished by its pristine nature and exceptionally rich historical and cultural heritage. Due to its geographical position, Zlarin has always held the strategic role of St. Ante Channel gatekeeper and the guardian of Šibenik. 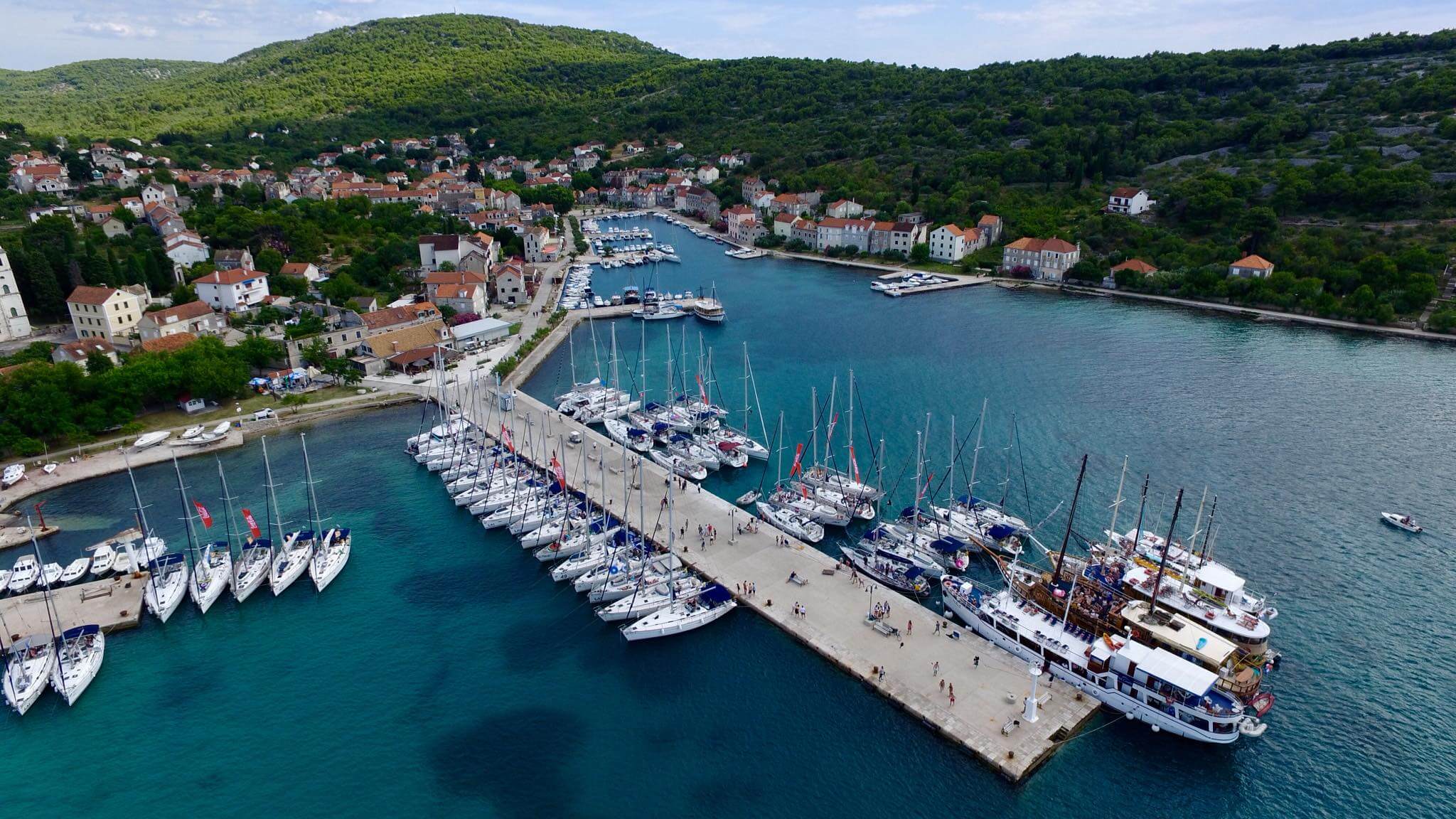 This green island with total length of 8,19km2 will, as soon as you reach its port, dazzle you with its position protected from southern and northeast winds, making it attractive to a large number of sailors. You can feel the benefits of the sea and vegetation everywhere you go, and the stillness on the island is only broken by seagulls, peasants, woodpeckers or owls. It should be noted that there are 2700 sunlight hours per year, which makes the island one of the sunniest on the Adriatic coast. The highest peak of Zlarin is Klepac (169m) from where you can see the entire Zlarin sea surface and Šibenik channel, all the way to Velebit on one side and sometimes, all the way to the volcanic island of Jabuka on the other.

In the 15th ct. Zlarin was named golden island. Is that because the word zlarin comes from Latin “Insula auri“ meaning “island of gold,” or because of the crystal clear sea, idyllic nature, green pine forests, beaches, bays, and coves, or because of the peacefulness of the island? Maybe it is golden because of its rich historical and cultural heritage or a combination of golden sunset and the blue of the sea. We will never know the answer, but we are convinced that the sight, the range of colors, will forever stay with you.

Your experience of the place will be complemented by the tastes and smells of Dalmatian cuisine based on autochthonous recipes, a cuisine you can try in several local restaurants and taverns. And because of one other distinctiveness of Zlarin, you can have a taste of these original recipes in a complete peace and quiet, and that is the ban on cars on the entire island. Precisely due to this, to many people Zlarin has become a sanctuary away from city crowd and noise. A 25 minutes’ boat ride will take you back to your childhood and the days of playing on the streets, riding a bike, exploring and simply enjoying.