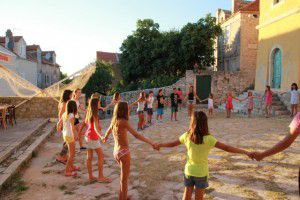 For 10 years now has “Children republics” been recognizable brand by which this island distinguishes from Adriatic overall cultural offer. In the organization and production of theatre Tvornica Lutaka has been held 10th festival dedicated to Vesna Parun. It began at the end of July with multimedia workshops for kids and many other activities. Culmination of the happening will traditionally be held at 9 pm on Wednesday, August 14. 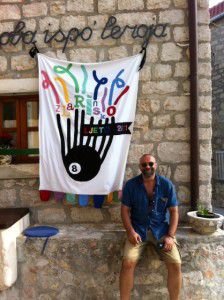 Two fantastic directors, Petra Radin and Leon Lučev, who are the authors of the show “Seventh continent”, have the new show entitled “End”, which is not a coincidence. In the dramaturgical creation of the performance, along with the Petra Radin, participated many international directors and authors: Bruno Lovrenčić, David McWilliams, Andrija Puljiz, Luka Kalinić, Ksenija Kušec, Olja Runjić, Filip Šovagović and children. Story is this time from birds’ world which paints the life as Ezop did. They had painted how would look the end of birds’ lives if global warming turns into individual cooling. 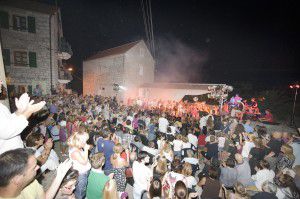 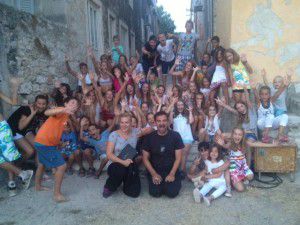 For ten years this was the happiest cultural event awaited by younger and older. Every kid who comes to Zlarin wants to be a part of this trend. Borders of child’s imagination doesn’t exist, and by this project they had a chance to learn about other aspects of creativity, find new interests in dancing, acting, singing, playing instruments or designing. The main initiator of the show and workshops was Petra Radin who year in year out tries to contribute as much as she can, just to make every kid happy and to encourage them to find what interests them in life.

The show was a little bit supported by Ministry of Education, Culture and Sport. But since we don’t have many volunteers and financial resources, we were forced to announce the end of ten years long tradition of Children republics.