ALL YOU DID NOT KNOW ABOUT ZLARIN

Zlarin is a combination of untouched nature, rich tradition, hospitable inhabitants and attractive offers. Regardless of whether you’ve visited zlarin or not, we would like to share several interesting facts you might not know.

The first written documents about Zlarin date back to the year, 1245.  In the document, “Privilegije,” from the Croatian-Hungarian King, Bella IV, Zlarin is mentioned as a part of Sibenik.  However archaeological objects found from the Neolithic and Roman period shave proven an earlier cultural history.

Zlarin is world famous for its corals, which are small animals that petrify as soon as they are taken out of the sea. Throughout history, coral jewelry has been given as a present to newborn babies because coral becomes white with higher body temperatures.  It was believed that corals provided protection from bewitchment. 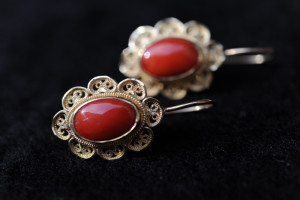 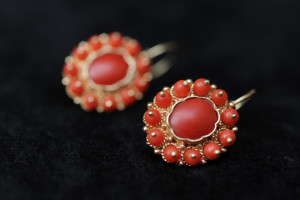 Thanks to coral, the inhabitants of Zlarin became known for their traditional processing of coral jewelry, which had a high value at the market.

Zlarin is, among other things, called a golden island and there are a lot of reasons for that:  It is believed that the name itself originates from Latin, which in translation means the island of gold. 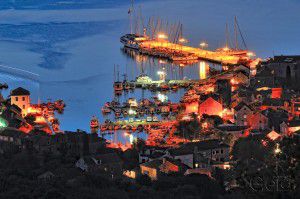 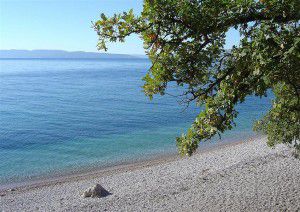 Churches on Zlarin are special symbols of what is valued in this region. So too is the extreme beauty of Zlarin’s natural surroundings. Because Zlarin is protected from all winds and the seais crystal clear, Zlarin is described as a golden gift from nature to this region and to all who happen to be here.

In contrast, because of abundant pine forests, Zlarin is also called the green island. Allthis represents the incredible union of nature, which maintains the soul of the Mediterranean through a combination of olive trees, the sea and greenery.  It is a perfect place to become one with nature and to experience its unbelievable power. 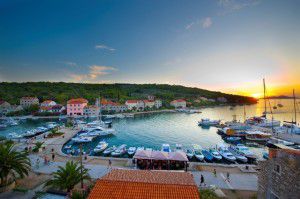 Zlarin isa known nautical place:  Since the olden days, it has been known as a safe harbour for sailors because it is sheltered from all winds and safe for sailing.

The highest spot on the island is the hill, Klepac, (169 m). From the top, on a clear day, you can see an unforgettable view over the mountain Velebit and a little volcanic island called Jabuka.

Zlarin gets 2700 hours of sun per year. It is the sunniest island in the Adriatic sea.

This is only a part of all the interesting and attractive things that Zlarin has to offer.  There, you have an opportunity to experience something new, become acquainted with an exceptional place, and to realize how perfect holidays can really be.