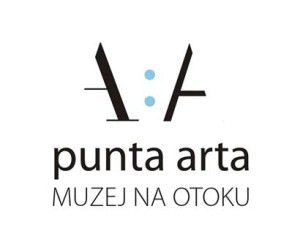 In the first part of the program, intended to not just be a summer tourist attraction, but also to help reanimate the local life through the whole year, twenty contemporary artists and representatives of the younger and middle-aged generations will reside on Zlarin for a whole week, starting from November 28th. Their focus will be creating works of art and drawing inspiration on the subject of contemporary art reception in an isolated island environment.

How does the isolated nature affect the visual arts in Croatia, what questions are in its focus in this time and place, which values does it stand for and where does it draw its (still) universal character? How does it benefit the isolated union’s quality of life and how do these specific living conditions affect human thought and art creation?

Isolation – an advantage or not?!

The works of art created in the first part of the program will be displayed on an exhibition starting on the island of Zlarin and then moving to Pula and Zagreb.

The project will be made a reality with the help of the Croatian Ministry of Culture and the support of the Zlarin Local Board, Zlarin Tourist Board, KUD Koralj, DVD Zlarin, Hotel Koralj and the local population. The partners will lend their space, equipment and manpower during preparations and maintenance of both parts of the project.

The city of Šibenik will sponsor all the participants with free parking spaces.

As the Punta Arta association, from its very beginnings in 2008, aims its activities towards increasing the Zlarin population’s quality of life and continuously works on matters of co-existence of the contemporary art production, its reception in a small, isolated environment and the reactions and effects of such a way of life on the creation of art, so is this program a kind of an extension of this research. The activities can be viewed as an attempt of branding Zlarin as an attractive cultural destination for the whole year. In the events organized by the association, over thirty contemporary Croatian authors have been presented, along with a couple from Australia, France and Germany. It’s important to note that most of the works were created on the island or were influenced by residing on it. All of the promotions are being held at public places with immediate contact with the audience. A large number of locals, with the support from the the Zlarin Local Board, Zlarin Tourist Board, The Golden Island association, KUD Koralj, DVD Zlarin and others, participates in the making of these works of art.

All the association’s programs are aimed mostly towards the island’s residents and are not designed to be a summer tourist attraction. Instead, they will be held during the whole year with an attempt to revitalize the social and cultural life of the island.