To whom and what did the palms do harm? 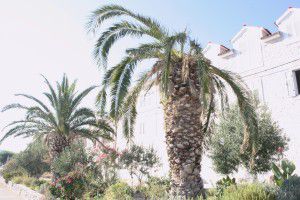 The story about Zlarin’s palm trees began in the middle of the last century. They adorned every picture, postcard and look of our island with their beautiful treetops. From year to year around 40 of them made shade to many generations on benches, on Fingac, on Donja banda, in front of the houses, near the stone table and on a small wall near Gusterna. From their height we didn’t even notice them until the two years ago when snow fell. After that you could’ve seen that the ice harmed them. We would be very happy if only one green branch would sprout. However, some of them haven’t recovered and now we even found out about the new palm disease. 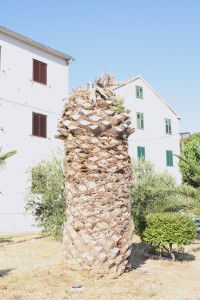 People from Ministry of Agriculture and Department for Plant Protection came to us and determined that the cause of illness is a bug called red palm weevil (Rhynchophorus ferrugineus). That little bug flies to 3 km, quickly multiplies and spreads and leaves the palm only when there is no more food in it, that is, when he completely destroys it.

Is that the destiny that will catch all our palms, from which some are older more than 50 years?

Sanitary inspector from Split set up on three palm trees red pheromone bait in order to catch the bug and send it on analysis. Only then can palms be saved with the combination of mechanical, physical and chemical measures. Those measures refer to the professional stuff and their ancillary equipment by which they would cut infected parts, burn to destroy laid eggs and hatched larvae. With the chemical resources they would treat palms three times a year. 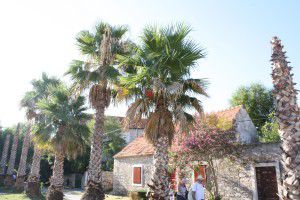 Now we are dealing with the serious and dangerous situation. It’s not anymore only about rescuing the beautiful palm trees, but also about preventing the evolution of red palm weevil which is unmercifully and quickly spreading. Proof to that is a recorded damage in Solaris, Brodarica and Jadrija. Now it’s only a matter of time when will be even more cases like those in Šibensko-kninska county.

To whom and what did the palms do harm? Many ask themselves, but we can only tell them there is hope for salvation. 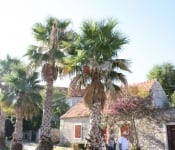 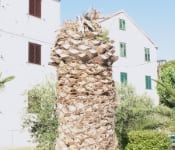 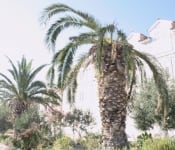 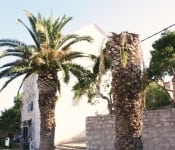 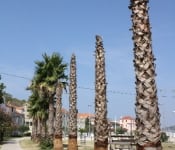 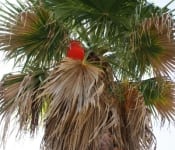 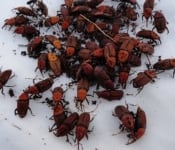 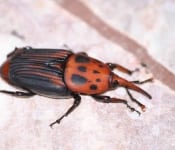